Overview
To document changes in the coastline over time, the Peron Naturaliste Partnership (PNP), a consortium of the nine local governments spanning the Western Australian coastline between Busselton and Rockingham, in collaboration with the University of Western Australia (UWA) have collected oblique aerial images along the coast twice yearly since December 2014. The bi-annual photographs provide a qualitative means of assessing seasonal and longer term coastal change and with more advanced processing the photos can also be used to derive quantitative information. 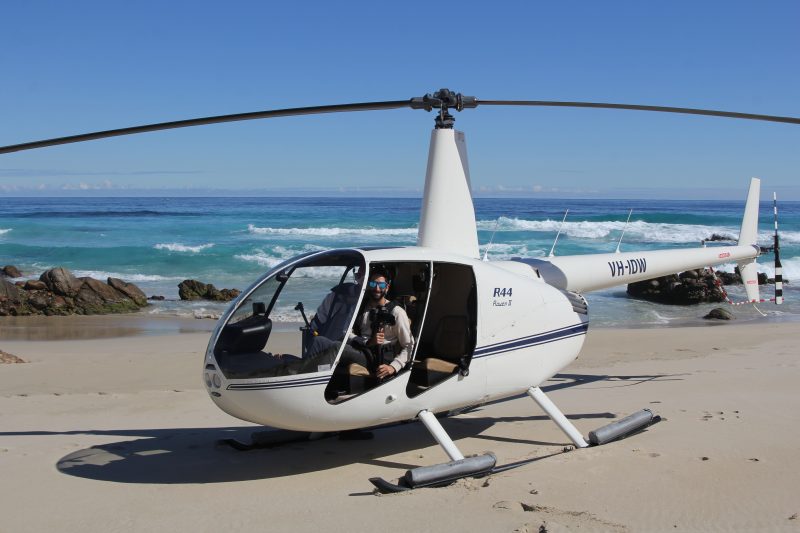 Methodology
The geo-tagged photographs are collected from a helicopter flying at approximately 300 m elevation and 300 m offshore. Prior to 2017 the photographs were taken using a point-and-shoot camera by PNP staff. Beginning in 2017 the photographs were taken by The University of Western Australia using a Canon 5D Mark IV with a Sigma 35mm f/1.4 prime lens at a rate of 1 photo per second along the entire ~250 km PNP coastline. With the 35 mm lens and the helicopter traveling ~300 m offshore, each photo captures ~300 m of coastline. The helicopter (Robinson R44) travels at approximately 100 knots (~50 m/s) such that each photo has ~80% overlap with the previous photo. Following each flight, the photos are converted from the native RAW format (~50 MB each) to JPEG format for display here using Adobe Lightroom. The methodology and website was motivated by the California Coastal Records project (http://www.californiacoastline.org/) which provides similar images of the California coastline dating back to 1972. 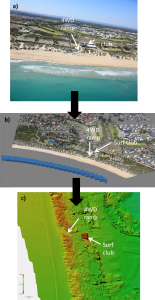 Research
Researchers from UWA plan to use the oblique aerial photo as a means of better understanding the processes operating along the PNP coastline. To do this, Digital Elevation Models (DEMs) of portions of the coast will be produced from the successive photographs using a technique called “structure from motion”. Essentially, if photographs are taken of a three dimensional object from a number of angles, the photos can be stitched together into a three dimensional DEM of the beach and dunes (see example from Secret Harbour to the right). In the case of the oblique aerial photos, the overlap between adjacent photos provides the required viewing angle variation. By using a GPS-enabled camera and surveying ground control points within the field of view (e.g. benches, foot paths, boat ramps), the DEM can be tied to a horizontal and vertical datum. DEMs from successive surveys can be differenced to provide a range of quantitative metrics of coastal change (e.g. beach volume difference). See this article for analysis along the California coast using the same methodology.

Usage and downloading
The photographs are freely available for non-commercial use under a Creative Commons Non-commercial License, however we request that you acknowledge the Peron Naturaliste Partnership and University of Western Australia. For commercial use or for photos in the native RAW format please contact us. Please let us know if you enjoy the photos and how you are using them, or if you have suggestions on how we can improve things.